DesignedtoEngageEDUCAUSEReviewEDUCAUSE.edu.   Designed to Engage PDF Share Log in to Recommend by Diana Oblinger Published on Monday, September 15, 20140 Comments In a world that is both online and face-to-face, engagement is not an either-or …

By Katie Lepi on July 20, 2014 (http://www.edudemic.com/gamification-look-like-in-classrooms/) Using games or game play elements in the classroom to drive learning outcomes is sill gaining popularity. Though most teachers aren’t ready to embrace bringing serious games …

Click the image to open the interactive version (via http://pennystocks.la/).

Love this idea from Teaching with Technology – POD SIG: We are beginning to crowdsource a series of “QuickChallenges,” activities designed to help instructors and faculty developers Become familiar with a tool, Learn a way …

What it leads to is…

be my friend. love and peace, Phil!

Pepsi and Iowa State on a Pop Machine 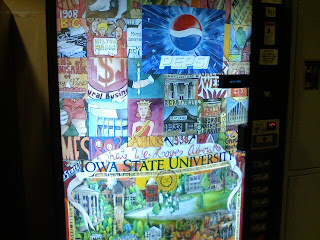 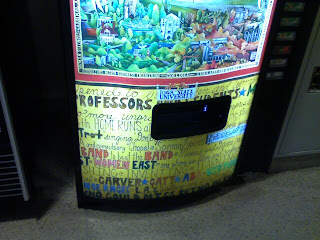 Interestingly enough I found a pop machine that has the artwork of STICKS, pepsi and Iowa State University all in one. Capitalism on campus at its finest.

The reading by Dai (1996) is a piece which I could most relate to in respect to what I have been seeking within this course, and my lifetime. This is to find my self before looking to help others find their voice, and wisdom within the community. As a professional, I consistently was challenged to play the role of administrator, not knowing how to handle my own values. The values being those of someone who I consider a social justice ally. I always wanted to be voice for the oppressed, and to listen and learn from their experiences.

I knew I could not always be the voice.

I had to play the role of administrator out in the open, and only use my voice behind closed doors.

This process creating enormous amounts of compassion fatigue and stress, and it caught up with me as a professional. It is not easy to be – who you are – always in the role of administrator. It was a privilege being the voice for all students, when perhaps they are not given one within the community. It was also a curse, when the voice was not being heard by the administration, or the students in power positions.

The dynamic social relations, and taking on complex roles as an administrator is not something I was able to do without letting my own voice exist in the paradigm. I was lost, and needed to find my own direction.

Now, I think I have found it.

Rains, F. (1999). Indigenous knowledge, historical amnesia and intellectual authority: Deconstructing hegemony and the social and political implications of the curricular “other.” In L.M. Semali & Kincheloe (Eds.), What is indigenous knowledge? Voices from the academy (pp. 317-331). : Falmer Press.

Project: What do we need to carry it out?

I will be developing an art piece available for online interaction. Prints will also be made available. My plan is to show how this semester helped develop a new direction for my thinking in respect to my capstone and dissertation, and how I will capture my impassion for this new found subject.

I do not necessarily need anything, but an opportunity to create it.

In an email to Nancy Evans, my major professor today:
“While I was perusing my facebook information yesterday — I recognized that I was still the administrator for the stop the hate group at Iowa State and I was excited to see it. I updated the information, and then started dreaming about what I should be doing — which would not only make a difference to me — it would make a difference to a whole lot of people.

I was thinking that I could do one of the following:

I really would like to talk with you about this new direction and see what you think.”

Every act of creation is first of all an act of destruction.

“Every act of creation is first of all an act of destruction.”
~ Pablo Picasso

The answer to the ultimate question of life, the universe, and everything is… 42

Arthur Dent: Just wait a sodding minute! You want a question that goes with the answer for 42? Well, how about what’s six times seven? Or how many Vogons does it take to change a lightbulb? Here’s one! How many roads must a man walk down?
Lunkwill: Hey, that’s not bad!
Arthur Dent: Fine. Fine, take it. Because my head is filled with questions and I can assure you no answer to any one of them has ever brought me one iota of happiness. Except for one. The one. The only question I’ve ever wanted an answer to – is she the one? The answer bloody well isn’t forty-two, it’s yes. Undoubtedly, unequivocally, unabashadly yes. And for one week, one week in my sad little blip of an existence, it made me happy.
Trillian: That’s a good answer…
Lunkwill: Rubbish, we don’t want to be happy, we want to be famous!
Fook: Yeah! What is all this “is she the one” tripe?
Lunkwill: Take his brain!
(http://imdb.com/title/tt0371724/quotes)

QUESTIONS
What to do with work environments/authorities who do not have social justice philosophies/goals, etc.?
Who are the weeds?
Where is the change?
Is it realistic to work outside the system?
How do we live as activist and how do we live?
Are we awful people to like/love TV? love/like driving? washing car?
Is this too radical?

I can honestly say, I had no idea why we were reading the Shiva chapter, as I did not consider biodiversity and biotechnology something that would impact our profession. Instead, it did quite the opposite. It validated our perspectives from the discussion on January 31, 2008 in regards to how we have been taught via the dominant western culture.

When it comes to how we teach and educate, how do we know which culture base of knowledge we are utilizing in the classroom? How do we know we are including all of the multiple perspectives (Regan, 2000)? The utilization of the forestation and deforestation to represent how knowledge is either shared or destroyed; how that interaction that may or may not exist is shared with the broader base of people helped bring additional understanding of the perspectives for me (Shiva, 1993). It is frightening to recognize how much knowledge and culture has disappeared due to the repeated offenses of the western world, and how the western world thrusts values, morals and knowledge as the only truth (Regan, 2000).

How do we help to create an inclusive environment to nurture unconventional discussions? How can we ensure that we do not lose our perspectives and our local knowledge base (Shiva, 1993) to the dominant culture, now that we are starting to learn about it again?

Rains, F. (1999). Indigenous knowledge, historical amnesia and intellectual authority: Deconstructing hegemony and the social and political implications of the curricular “other.” In L.M. Semali & Kincheloe (Eds.), What is indigenous knowledge? Voices from the academy (pp. 317-331). : Falmer Press.